Dreadlocks...More Than Just A Hairstyle

Dreadlocks...More Than Just A Hairstyle

The clothing we wear, the hairstyle we sport and that tattoos or jewellery we adorn ourselves with are all symbols. They say something about who we are and what we value.

Wearing dreadlocks symbolises many things depending on ones culture. For warriors in Africa they were worn as a display of power; in India they was worn among adherents of Shiva; and in Jamaica they symbolised a rejection of the Western mainstream beauty standards and the suffering that results from being confronted or criticised for showing your true self.

Bob Marley stood for something. Others of his generation played music in order to attain fame and power, but he took a more elevated approach. Marley saw music as more than entertainment, he saw it as a force of healing, a means of fighting oppression, a way of giving a voice to the voiceless and most importantly, as a medium which united people. He wore dreadlocks because they represented an alternative to following the beauty machine and conformity.

Don't be afraid of the wolfpack.

In staying true to who he was, Marley realised his unique potential as a musician, becoming the most influential artist of the second half of the 20th century according to the New York times. As well as his lasting legacy, he became the first international superstar to emerge from the so-called Third World, causing countless people to also dare to dream, no matter how difficult their circumstances.

Living up to our potential requires that we step away from the vulture of conditioned thinking and refusing to give in to the wolfpack of fears, apathy and cynicism. Rastafarians used the concept of Babylon (exploitation) and Zion (freedom) to describe the choice we all have to make.

Consider Martha Graham. Upon finding her passion to dance she was quickly dismissed as being too old and too short to make it professionally. Had Martha Graham yielded to the voice of the naysayers or her own inner critics, the world would have been deprived of one of the most innovative dancers and choreographers to have ever lived. Not only did she ‘live up’, she suggested we each have something exceptional to offer, which no one else can:

“There is a vitality, a life force, an energy, a quickening that is translated through you into action, and because there is only one of you in all time, this expression is unique. And if you block it, it will never exist through any other medium and will be lost.”

For a number of people, the simple act of choosing to get dreadlocks, marks the first step in doing what feels authentic, as opposed to what ensures social or family approval.

One of the greatest enjoyments we find as dreadlock artists, is hearing our clients share their tales of how they have found their bliss and are carving out a life of authenticity.

What unique expression is lying latent within you? 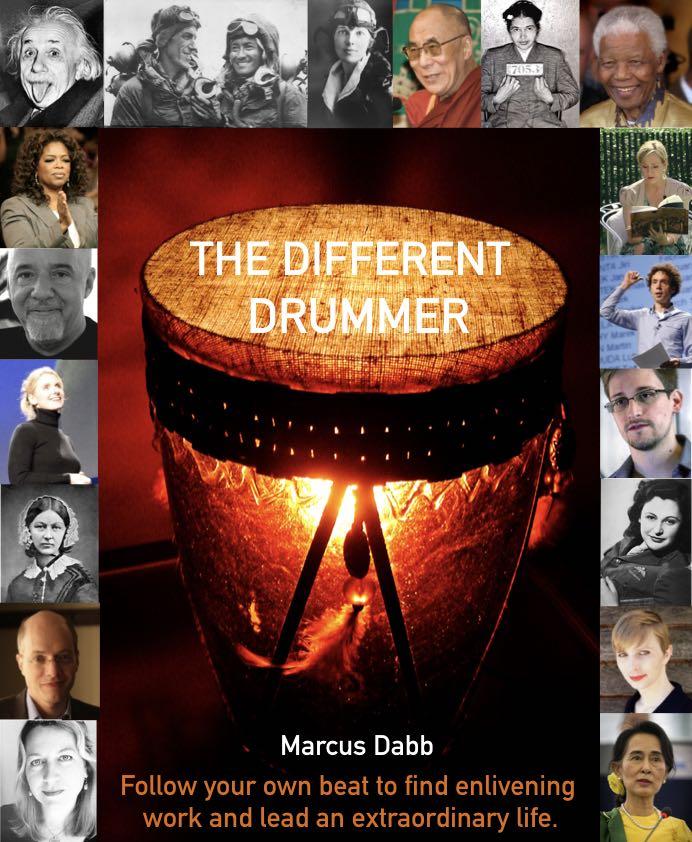 If you're looking to find your passion & discover a career you truly love, then I highly recommend the book “The Different Drummer: Follow your own beat to find enlivening work and lead an extraordinary life.”

You can read the foreword & an extract from the book here. 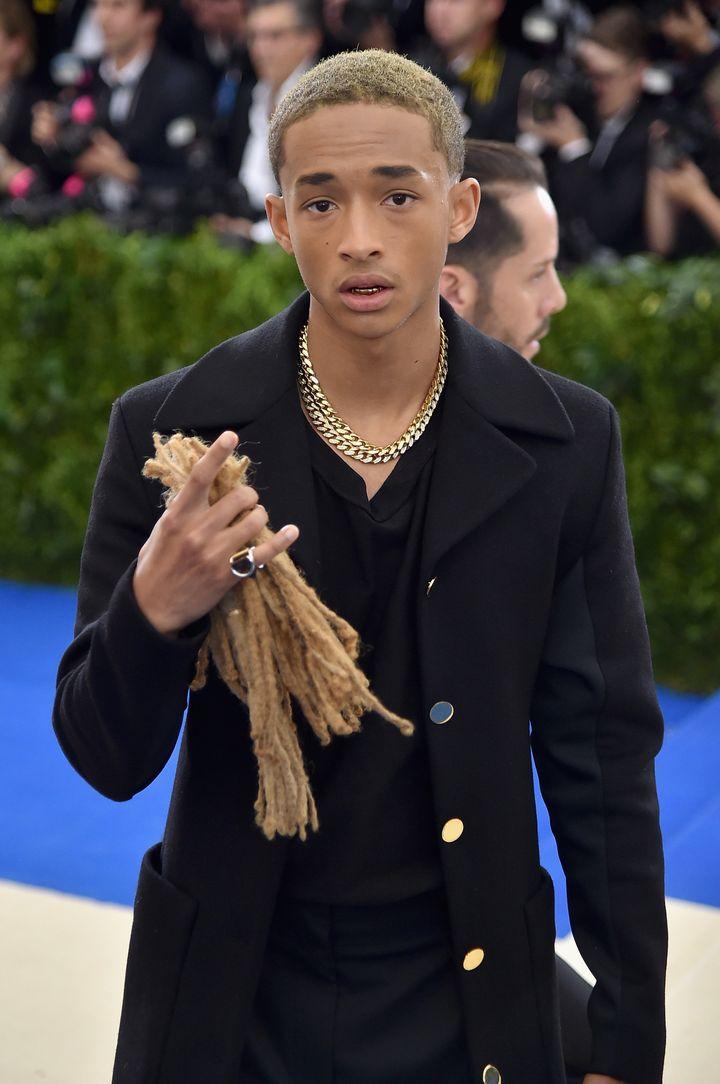 Will Smith’s son, Jaden smith, cut his dreads off, in part due to help his acting career.

This section of our website is dedicated to sharing the stories of just a few remarkable questers who share their story about why they got dreadlocks and what it has meant to them. We hope they inspire you to consider where you stand when it comes to making the choice to live up. 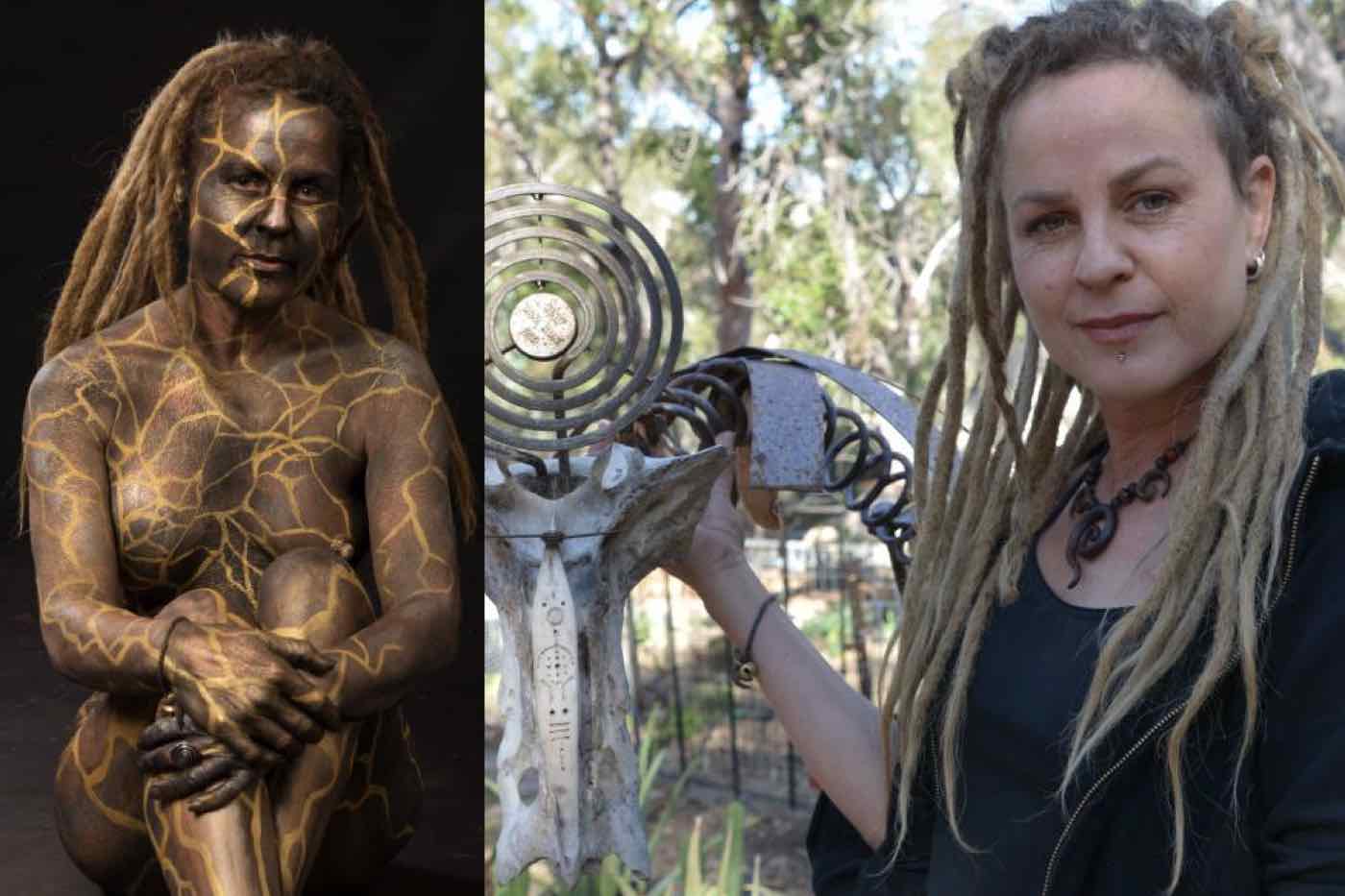 Beth had spent a decade in a high pressure position working as a project manager and researcher of sustainability at a Melbourne university.

After her job was made redundant she then copped the massive C word. Rather than seeing her cancer diagnosis as a death sentence, she took it as a personal growth experience and an opportunity for a change of lifestyle.

As she put it, “You own it and get on with it. You can’t choose what happens to you, but you can choose how you respond to it.”

While going through months of chemotherapy and radiotherapy, she found a passion for sculpture, creating art from animal bones and metal. Having stared down her mortality, she became intrigued with the form of bone. With the grounding of a welding course she combined her passion and skills to create her own business.

Take a look at the facebook page for her business: BattyFishPye Metal

A little over a year after her initial diagnosis, Beth had me put dreadlocks in for her as part of reclaiming her life and authenticity.

Moving to the Blue Mountains she has found a quieter life without stress, which has helped her create a completely different world for herself as she spends her time doing what she loves, making unique sculpture. She lives with her partner off grid, on acreage with a veggie patch, their free roaming chooks and rescue dog Jango.

“My dream for here is to make it a sculpture park and Airbnb. This was part of my realisation from cancer. You’ve got one life and it’s up to you how you spend it.” Beth was among 10 diverse people, each with a different story to tell, for an artwork exhibition called, Unbroken. It celebrates Australians who have found greater strength within themselves following personal hardship, combining body painting with stories of trauma. The creators set out to inspire people with the knowledge that there is always hope, “That imperfection and impermanence can make us stronger.”

As Beth said, “I felt unbroken by cancer. It gave me a lot of strength,” she explains. “We can all go through full-on things and come out of it possibly stronger than we went in and imperfection isn’t a terrible thing. My humour got me through. It is what it is.”

Like many people who come to get their dreads done, their reasons are deeper than just trying a different hairstyle. They mark entry into a new passage of life, symbolise becoming more authentic instead of conforming or seeking approval, are a rite of passage from adolescence into the exploring phase of early adulthood and many other things.

When Anneke was a teenager, her family made the decision to leave their homeland of England and move to New Zealand. The first crossroads she faced, was whether or not to do what felt right for her. In this case, continuing on in England to complete her studies. It wasn’t easy for her, but it resulted in helping her discover her own identity.

Coming from a family of scientists, she pursued a science degree and found that while it came easy to her, it wasn’t fulfilling.

Martial Arts on the other hand, proved the exact opposite. What first began as a hobby, quickly evolved into a passion.

Turning your back on the professional career track to work as a Martial Arts instructor is a radical decision in a world that places so much emphasis on security. But following the path of the heart leads to surprising things.

While Anneke loved teaching Martial Arts, she began thinking there was a better approach than simply training people in self-defence. She saw Martial Arts as a way for young people to gain self-mastery and help them grow.

Taking a huge leap of faith, she went out on her own, and with the support of her partner, created a Martial Arts studio with a difference. A big part of their approach is having young people instruct other young people, giving them a sense of confidence in their leadership abilities and leaving them feeling more empowered.

Having come to believe that the goal of Karate lies in the perfection of the character of the participants, students are set challenges to demonstrate their knowledge of particular character traits and learn how to apply it at home, school and in the Martial Arts.

Other points of difference include the creation of family programs, having witnessed how the bonds of parent and child have been fracturing due to our fast-paced existence.

Juggling a family while creating a new business, should have been enough to contend with, but life then blindsided her with another epic challenge. While riding her motorcycle she was hit by a car. Not only did she have to undergo extensive rehabilitation, she still had to continue building and operating her business.

Robert Walter said we each choose one of three attitudes to life:

“You can either surrender to victimhood – and a lot of people do – or you can surrender to a fundamentalism – you can basically give your responsibility to someone else and say, ‘Tell me what to do and I’ll do it’ – or you can say, ‘I have a choice here and I’m responsible’. What does it mean to be the hero of your own life? It means to be responsible for your own adventure.”

Which is precisely what Anneke did. Rather than allow unfortunate circumstances to keep her down, she viewed the experience as one more of life’s opportunities to learn from and grow through. In doing so, she embodies a sense of equanimity and strength.

Interestingly, before the accident occurred she named her studio Fire Phoenix Martial Arts. In mythology, the Phoenix was a fabulous golden-red feathered bird whose body emitted rays of pure sunlight. It became reborn through rising from its ashes, a fitting metaphor for how we can undergo trials and become more than we were:

“It was of the size of an eagle, but its eyes were as mild and tender as those of the eagle are fierce and threatening. Its beak was the color of a rose, and seemed to resemble, in some measure, the beautiful mouth of Formosante. Its neck resembled all the colors of the rainbow, but more brilliant and lively. A thousand shades of gold glistened on its plumage. Its feet seemed a mixture of purple and silver; and the tail of those beautiful birds which were afterwards fixed to the car of Juno, did not come near the beauty of its tail.” - Voltaire

With greater and grander aspirations seizing her imagination, we look forward to hearing about her next chapter as well as discover your story and what has brought you to into the world of dreadlocks.

There is a wonderful book called Dreads, by Francesco Mastalia. It outlines the history of dreadlocks and other interesting dread related information. The book includes 100 photos of dreadheads from all over the globe and from every walk of life.

The author Alice Walker wrote the introduction and shares her musings about the portraits, as well as revealing how her own dreadlock journey took place.

Another interesting read is an article by Nicole Dennis-Benn about her journey to getting dreadlocks and what it has meant to her.

It’s called, Resistance, Desire, and History: The Story of My Dreadlocks.

Here’s an extract from it:

…Decades later, when I told my parents about my decision to grow dreadlocks, they each panicked, a world apart.

My father had just come off a double shift driving a cab, but still his heavy eyelids lifted in disbelief. I needed a ride to Flatbush Avenue to meet Goddess [to get my locs done]. I'd promised her that I'd be there by noon the next day. I had no idea how to navigate Brooklyn; I never left Hempstead to go anywhere other than Grand Central Station to take the bus back to school in Ithaca.

"Why, Nikki?" he asked again, patronizingly calling me by my childhood nickname.

"Didn't we raise you bettah than dat?"

This would be the first time that I'd ever disappoint my father.