When I finished high school I wished to be a counsellor or a social worker but my school careers counsellor told me I wasn’t cut out for tertiary studies and persuaded me to get a trade.

So I fell into hairdressing and while it wasn’t my dream job it did give me an outlet to connect deeply with people and be creative as well.

After working in Sydney salons and developing my career overseas I came back to Australia and opened my first salon. Following my desire to help people I studied Reiki and holistic healing and created a space where I could do both hairdressing and healing in one place.

My aim was to create a business where the focus was on both the physical and spiritual lives of my clients.

I had always admired people with dreads and noticed something of a pattern with almost all of my boyfriends having them. After getting more seriously involved with a fella who had locs I moved to where he lived on the mid North coast of NSW and opened my second salon.

There I found an opportunity to work with dreadlock clients, which had been a major fascination of mine, meeting a number of dread enthusiasts in different music and festival circles.

Through my salon I worked to connect more closely with the dreadlock community and began honing my skills as a loctician.

Like many people navigating their late thirties, I had a midlife crisis, which I would later recognise was an awakening. The relationship I was involved in turned toxic and I was losing my self-esteem and the joie de vivre I had always shown. It took all my strength to leave the relationship and move back to Sydney.

The passage into midlife challenged me to question my direction and I realised that if I was going to live out my passion I better start before life passed me by.

So I created Dreadlocks Sydney to focus on the aspect of my hairdressing I loved most and I studied social work and began a Social Science degree. I got back into offering reiki and energetic healing, began reading the tarot for people and found a new fascination in Breathwork.

Devoting my working life to dreadlock clients gave me a fresh insight into human behaviour and cemented my belief that there are legions of people who are brave enough to be themselves. So many clients spoke about the milestone it was for them to get their locs put in. Having come from a conservative family I knew it would upset the apple cart if I got dreads done myself but as that passionate rebel Anaïs Nin once said:

“And the day came when the risk to remain tight in a bud was more painful than the risk it took to blossom.”

So turning 40 I did something I had been wanting to do for ages, I got my locs done! 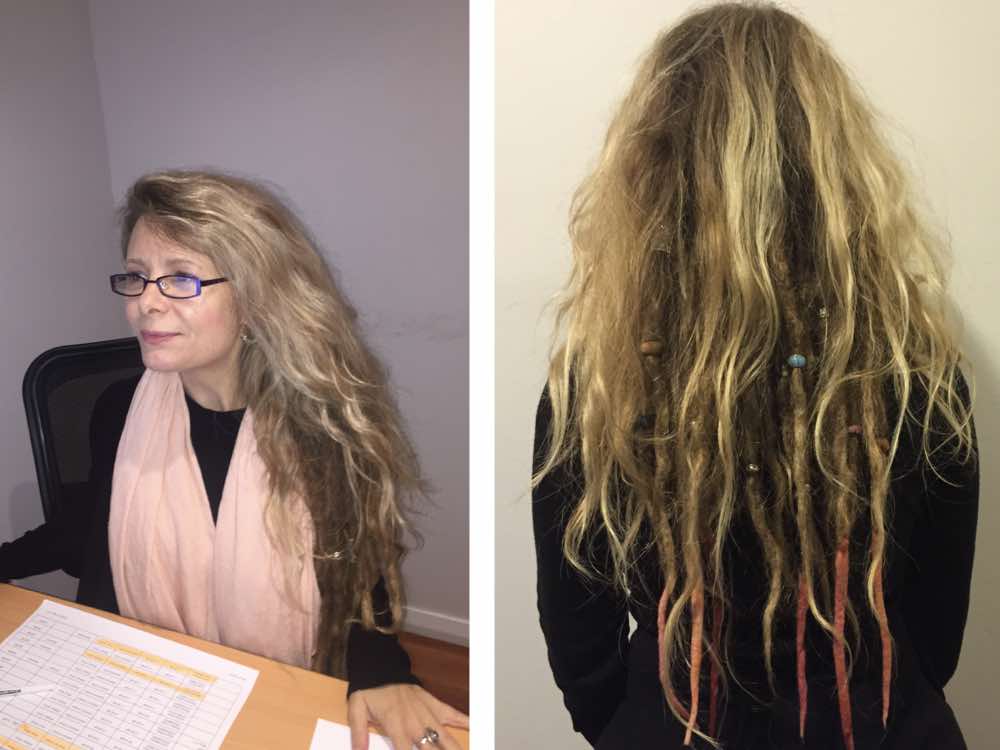 Finally moving into my vocation as a social worker.

Doing tarot readings for hen's nights and other gatherings.

A photo shoot representing Persephone, the greek goddess who had to spend time in the underworld before growing into the strong woman she really was.

I love hearing stories about people becoming more thoughtful and conscious having undertaken their dreadlock journey. Here's a great story about basketballer Jeremy Lin & how he responded to criticism about getting dreadlocks from a fellow player.